The Oral Tradition is Permanent 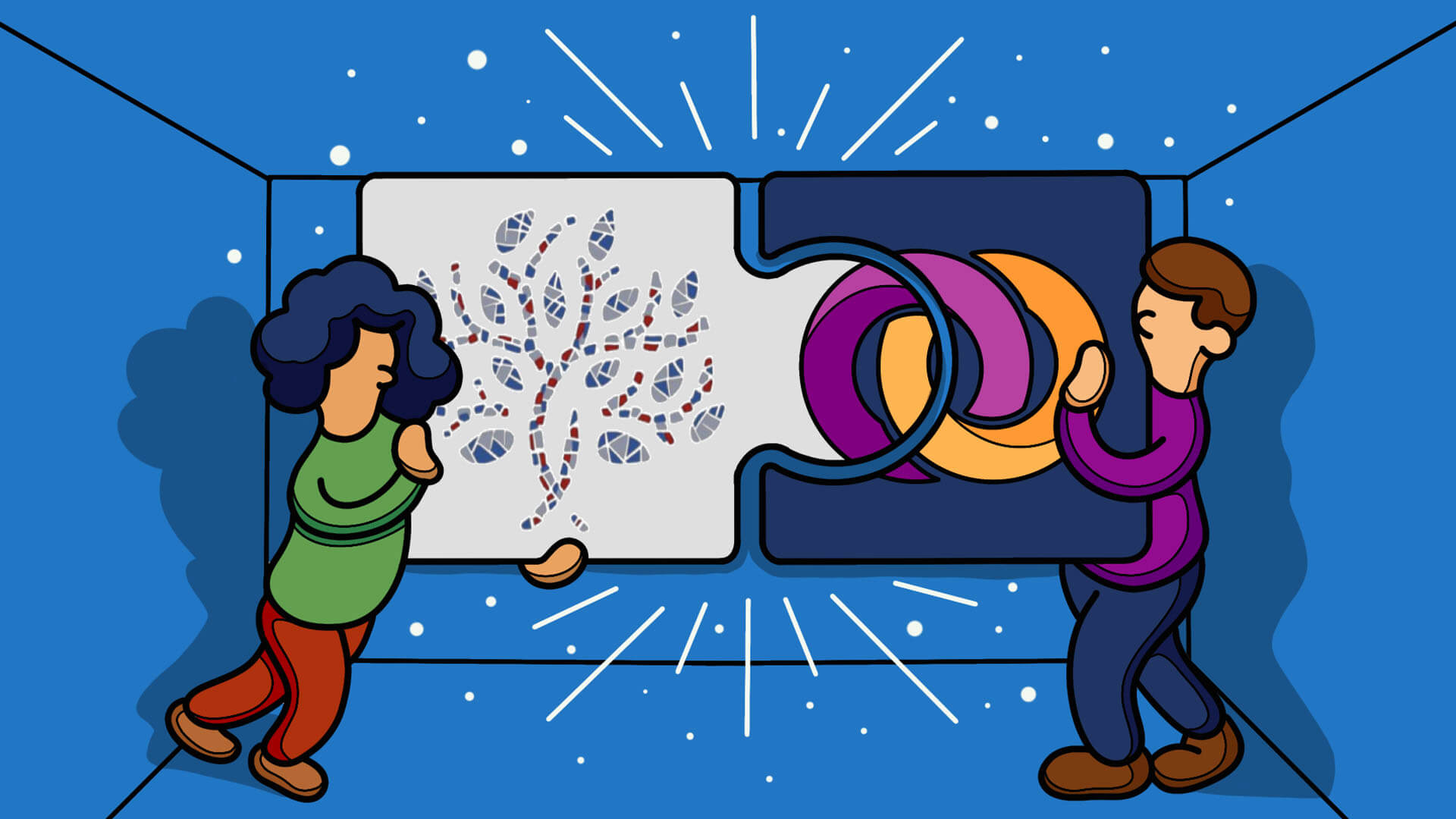 This is a guest post by Zack Ellis, founder & CEO of TheirStory announcing an exciting new partnership with the Permanent Legacy Foundation.

I am thrilled to announce a truly innovative partnership between TheirStory and the Permanent Legacy Foundation, which has the potential to revolutionize how we collect, preserve, and access oral histories.

TheirStory has built a remote video communication platform custom-tailored to the unique needs of oral history and community-centered storytelling. Our platform not only makes remotely recording oral history safe and easy during the global pandemic, we also make sure the audio quality of those oral histories meets the standards of the most discerning oral historians. Beyond the ease and quality of the recording, our focus on interoperability reduces the logistical burden of conducting multi-stakeholder oral history projects – across recording, transcription, indexing, preservation, and access.

With Permanent.org, we’ve baked preservation right into the collection experience. This means that it doesn’t matter how well-resourced your organization might be anymore: oral history preservation is within your reach.

Let me tell you a story.

Our journey begins with my trip to Salt Lake City for the RootsTech conference in February 2020, which was one to remember for many reasons. For starters, it was my last travel experience before the pandemic lockdown began. That alone earned it a special place in my heart. Perhaps more importantly, it was also when TheirStory’s relationship with the Permanent Legacy Foundation was born. However, at that moment, I didn’t know just how important it would be.

Meeting with the Mentor

Fast forward two months to April of 2020 when I found myself on the phone with the former executive director of the USC Shoah Foundation, Doug Greenberg.

The Shoah Foundation was founded by Steven Spielberg in 1994 after he made Schindler’s List, his Best Picture Oscar-winning masterpiece about the Holocaust. To date, The Shoah Foundation has recorded, indexed, and preserved the testimonies of more than 55,000 Holocaust and other genocide survivors. In 2006, the Foundation merged with the University of Southern California under Doug’s leadership.

“Why did the Shoah Foundation [originally an independent 501(c)3 organization] merge with USC?” I asked.

Doug told me it had all started with two questions he had asked Spielberg before becoming CEO in 2000:

“What happens if you get hit by a bus? How will we ensure that all the human and financial resources that went into collecting testimonies will not be wasted because we were so focused on collecting them that we failed to consider their long-term preservation and access to them?”

Soon after he joined the Shoah Foundation, Doug led its founder and the Board in completing a negotiated agreement to move the Foundation and all its intellectual property to USC. According to Doug, USC was the nimblest organization with which he talked, it had a focus on computer science and film, and ambitions to become one of the most elite universities in the country in the humanities and the arts, as well as to continue its distinguished work in the professions and the sciences.

Several weeks after our call – despite Doug’s initial intrigue in the idea of TheirStory – I received an email from Doug enumerating a number of reasons why he couldn’t help TheirStory at that time. The last line listed TheirStory’s lack of a preservation strategy, which had been precisely his concern at the Shoah Foundation almost two decades earlier. It was time to refocus.

My next call was to Permanent’s Executive Director, Robert Friedman.

When it comes to oral history, preservation is not a “nice-to-have”, it is imperative.

As an oral history platform, our mission at TheirStory is to empower any community to take ownership over their own narrative. We do this by enabling them with the tools and knowledge necessary to collect, preserve, and make accessible the stories of their members.

Since April, a diverse set of over 35 institutions and communities — large and small — from the Council of Amerian Jewish Museums, to the AIDS Healthcare Foundation, National Library Board of Singapore, Brooklyn College, The Black Frontline, and Chickaloon Native Village in Southcentral Alaska have started using TheirStory to engage their communities.

For TheirStory, our integration with Permanent answers a key question we are often asked by prospective customers: “What happens if TheirStory goes out of business, or gets acquired, or we no longer want to pay the subscription? How can we ensure these meaningful conversations are preserved?”

Permanent affords our customers a sustainable way to preserve their recordings beyond their relationship with TheirStory, which builds trust with our market. This is not a hypothetical: the oral history community has previously experienced a well-intended yet ill-fated promise of a collection-focused technology startup in Pop Up Archive.

After gaining some traction, Pop Up Archive was acquired by Apple, and users abruptly had 24 hours to download their data or lose it. Many users lost their data. I have heard numerous times about this nightmare. Our partnership and integration with Permanent is a part of our commitment to oral history practitioners to learn from the past in order to build a whole solution that addresses their long-term needs and concerns.

The Road of Trials

Since launching the Permanent/TheirStory integration a few weeks ago, we have six institutions piloting the integration with more on the way.

The integration serves three main purposes for our customers:

The Oregon Jewish Museum & Center for Holocaust Education (OJMCHE) made haste to preserve on Permanent.org over 200 of the oral histories they recorded through TheirStory as a part of a nation-wide oral history initiative documenting the American Jewish experience during COVID.

The Black Frontline (TBF), a project envisioned by The Armah Institute of Emotional Justice and co-directed by COVID Black, is an oral history archive framing the pandemic via global Black healthcare workers’ stories. TBF is using TheirStory and Permanent to record and preserve the stories of 300 Black doctors and nurses across the US, UK, and Ghana.

“We’re grateful for the ease, speed, clarity of engaging TheirStory and Permanent to record and preserve these stories. We are a global team, working simultaneously across three nations and three continents, gathering stories of global Black doctors and nurses. TheirStory is the bridge that connects us as a team, and it will be an online global bridge where doctors and nurses on wards in Ghana, across the UK and the USA can engage and exchange their experiences in global community. Beyond that the world can then step into their shoes and their world,” Esther Armah, Project Founder, The Black Frontline and Executive Director, The Armah Institute of Emotional Justice.

TheirStory’s relationships with cultural heritage and academic institutions has resulted in individual signups for Permanent as well, including Jenni Matz, the Director of The Interviews — the Television Academy’s oral history program. Jenni has begun using TheirStory/Permanent to record and preserve her family’s stories.

“As someone who interviews many octegenarians who are not as familiar with computers and various ‘apps’, the ease of using TheirStory’s platform is unmatched. We did experiment with various remote platforms, but it was the ease of use and quality of image, and options with discreet sound files that makes TheirStory unique in this field. Having the platform linked to Permanent is a huge benefit. TheirStory is clearly committed to oral history best practices, and I look forward to working with them and Permanent on future projects,” Jenni Matz, Director, The Interviews: An Oral History of Television.

After seeing TheirStory’s traction and the launch of the Permanent integration, Doug Greenberg has now joined TheirStory’s advisory board. We are incredibly humbled and excited to learn from and work with Doug as someone who has shepherded multiple organizations and a multitude of individuals down this path of oral and public history throughout his career.

“I have spent most of my career devoted to the memory of the human past — as a scholar and teacher, as the CEO of a major history museum, as executive director of the USC Shoah Foundation Institute, and as a university administrator. Over the course of a long career that unfolded amid the digital revolution, however, I realized that the collection of human memory only has meaning when joined to the digital preservation of the objects (whether digital or analogue) in which that memory is encoded. TheirStory’s partnership with Permanent links a unique and low-cost approach to digital preservation with TheirStory’s innovative tools for collection. Together these two scalable platforms have the potential literally to democratize the human past,” Doug Greenberg, former Executive Director, USC Shoah Foundation Institute, CEO, Chicago History Museum, Executive Dean of Arts & Sciences, Rutgers.

It has been an honor and a pleasure to get to know and work alongside Permanent since our fateful meeting back in February 2020. I am confident in our alignment of mission/vision/values, in our teams, our customers, and in our mentors. Here’s to the beginning of a long and meaningful journey ahead as together we work to empower individuals, families, and institutions to engage with the past while connecting more deeply with one another today and for generations to come.

Next PostWhy we’ve chosen to suspend our Facebook integration.
Previous PostWhen Disaster Strikes Part 3: Preparing Your Family Treasures for the Worst
There are currently no comments. Why don't you kick things off?
Subscribe
Login
0 Comments
Inline Feedbacks
View all comments
Recent Posts

Capture and Preserve Traditions with Your Loved Ones

This website uses cookies to improve your experience while you navigate through the website. Out of these, the cookies that are categorized as necessary are stored on your browser as they are essential for the working of basic functionalities of the website. We also use third-party cookies that help us analyze and understand how you use this website. These cookies will be stored in your browser only with your consent. You also have the option to opt-out of these cookies. But opting out of some of these cookies may affect your browsing experience.
Necessary Always Enabled
Necessary cookies are absolutely essential for the website to function properly. These cookies ensure basic functionalities and security features of the website, anonymously.
Functional
Functional cookies help to perform certain functionalities like sharing the content of the website on social media platforms, collect feedbacks, and other third-party features.
Performance
Performance cookies are used to understand and analyze the key performance indexes of the website which helps in delivering a better user experience for the visitors.
Analytics
Analytical cookies are used to understand how visitors interact with the website. These cookies help provide information on metrics the number of visitors, bounce rate, traffic source, etc.
Advertisement
Advertisement cookies are used to provide visitors with relevant ads and marketing campaigns. These cookies track visitors across websites and collect information to provide customized ads.
Others
Other uncategorized cookies are those that are being analyzed and have not been classified into a category as yet.
SAVE & ACCEPT
wpDiscuz